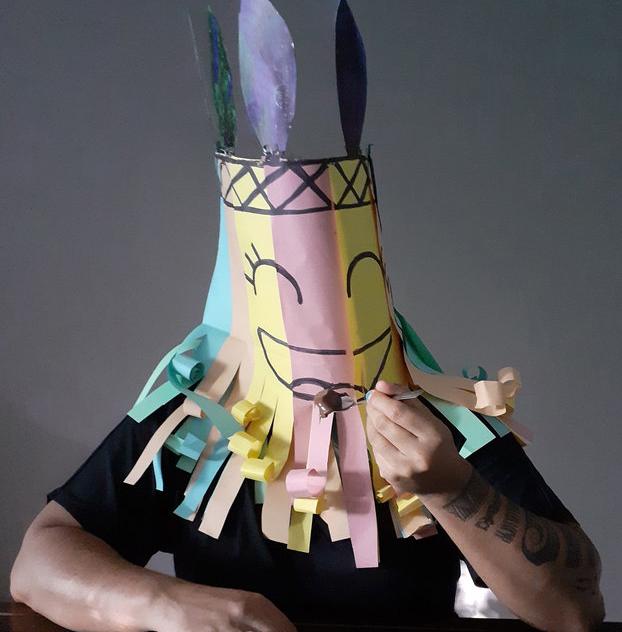 Pascale GERY was born in New Caledonia, to a European father and a Melanesian mother (Lifou). Very early and from adolescence, she felt carried by a holistic, dreamlike universe, the world of invisible spirits, particularly those of her Kanak culture.

These inspirations pulsate and influence his creations: practicing aikido since 1994 and now transmits it (4th DAN, Federal Patent), raised to the 3rd degree of Reiki (healing by laying on of hands) and has participated in numerous training courses of personal development.

The illustrator and director quite naturally translates the atmosphere she feels, allowing her characters to experience their own emotional adventures. By making them “autonomous”, she offers them a more ambitious mission than it seems: (re) connect, grow, multiply positive energies in New Caledonia as in the whole of the Pacific itself, and the whole of the world. An initiatory journey so that everyone, even an adult, always carries children's emotions in their heart.

UMAMEKS comes from the word “Uma hmekôl”. Literally written "UMA NE HMEKÔL", it means the place to sleep in Drehu (vernacular language of Lifou), even if today, more generally, it indicates the traditional Kanak home. Inspired by this home and starting from its particular form, the artist Pascale GERY, first imagined a graphic universe. "I wanted to talk about the invisible world of pixy, fairies, totems, spirits ... By presenting them in a positive way, I wanted to highlight their real role and place. This, surely, came from my childhood when the adults spoke to us about them in the hut, but in a rather negative way, so that we remain quiet, obedient - ”the tepolos (the pixies in Drehu) will take you away, hide, bother you,… ”- After mystical events, I always keep a mysterious memory of them.